Jog On by Bella Mackie is a non-fiction book about mental health (specifically anxiety and depression) and how running can help. I received an advance reader copy of the book via the publisher on Netgalley. This has not affected my opinion in any way.

Divorced and struggling with deep-rooted mental health problems, Bella Mackie ended her twenties in tears. She could barely find the strength to get off the sofa, let alone piece her life back together. Until one day she did something she had never done of her own free will – she pulled on a pair of trainers and went for a run.

That first attempt didn’t last very long. But to her surprise, she was back out there the next day. And the day after that. She began to set herself achievable goals – to run 5k in under 30 minutes, to walk to work every day for a week, to attempt 10 push-ups in a row. Before she knew it, her mood was lifting for the first time in years.

In Jog On, Bella explains with hilarious and unfiltered honesty how she used running to battle crippling anxiety and depression, without having to sacrifice her main loves: booze, cigarettes and ice cream. With the help of a supporting cast of doctors, psychologists, sportspeople and friends, she shares a wealth of inspirational stories, research and tips that show how exercise often can be the best medicine. This funny, moving and motivational book will encourage you to say ‘jog on’ to your problems and get your life back on track – no matter how small those first steps may be.

I hate exercising – I hate the pain, I hate getting sweaty, and I hate the fact that I’m not good at it. However, I have been told multiple times that exercising would help. So I picked up this book hoping that it would convince me to start trying to exercise. And it kind-of did.

Much of the first half of the book detailed Bella Mackie’s personal experiences of anxiety. She talks about her fears of using the Tube, trying new experiences, and allowing herself to be spontaneous. She details the various ways that her life had felt limited up to the point where she started running. Some of these memories could potentially be quite triggering, so please take care if you decide to pick this book up.

The second half of the book is more focused on her experiences of running – how she was at first too scared to exercise in front of other people, and instead ran up and down the dark alley by her house. She discusses some of the injuries she sustains because she doesn’t quite know what she is doing, and how by pushing herself to run a little bit each day, she finds her anxiety and depression lifting.

Reading about the author’s personal experiences, as well as the scientific facts to back it up, has made me think about exercising a lot more. There were a couple of areas that I thought really worked. Firstly, the author has a really charming way of writing. She’s very down-to-earth and often jokes about herself. Secondly, she isn’t a professional runner. She admits to being bad at running! She doesn’t compete or do marathons. And that makes this book a lot more accessible. If she had been someone who was amazing at running, I would have just despaired at never being as good as her.

Finally, she does talk about other things that can help mental health, such as going outside and medications. At no point does she promise that running will ‘cure’ someone of a mental health condition. However, I think this book could have been a lot shorter. There were some areas where the author repeated herself, and many of the people that she interviewed didn’t really have much more to add to the general narrative of ‘running will help with mental health’. It would have been interesting to hear from specific people who have tried other forms of exercise (though I do recognise that this would have expanded the remit of the book).

Overall, this book was okay! It definitely achieves its main point, which is to make the reader think more about exercising as a way of helping with mental health.

View all posts by mindthepage

2 thoughts on “Review: Jog On” 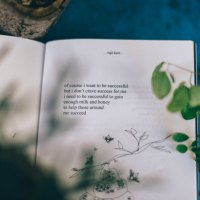 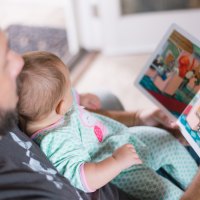